Mrs Wood who bowed out from office Wednesday, after over two decades with the Judicial Service said she has been sailing on stormy waters over the last decade, and it took close associates and God to keep her afloat.

An emotional Mrs Wood told members of her church – Ringway Assemblies of God – during a Thanksgiving Service to celebrate her 70th birthday Thursday that elements in the former Atta Mills government put pressure on her to resign but she managed to succeed in office due to prayer and supplication from relatives and colleagues such as Justice Jones Dotse.

“Each single one of you added value to my life. You’re the people who gave me hope and helped us to succeed… that is why I don’t forget Justice Dotse. He has stood by me and has received some of the beatings through no fault of his except he was helping to do God’s work,” the retired Chief Justice, who was Ghana’s first female to hold such position revealed. 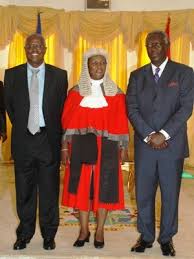 “It will be difficult on my part that as soon as I exit I forget; I will not. I pray that all the good plans he (Dotse) had God help him to realise.”

Mrs. Wood was full of praise to her husband and other relatives who prayed with her often for God to help her scale over every hurdle in her way. She stressed that people in “critical leadership positions” must never forget God in their dealings since that helps them to remain truthful and become effective. 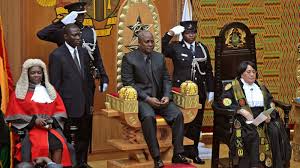 “It has not been by our own strength and wisdom. Those in critical leadership position and even those down the ladder we thank the Lord and pray desperately. I know that among you are several other people who continually prayed for us. 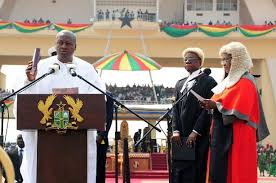 “The time you need the Lord more is when you are elevated so that he will guide and shepherd and see you through,” Mrs. Wood, who is Ghana’s longest serving Chief Justice said to a loud applause. 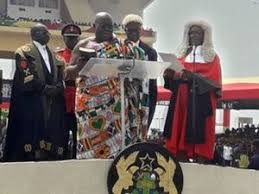 Justice Wood was appointed by former President JA Kufuor in June 2007 and will move on to serve as a Council of State member under the current Akufo-Addo government.